The Crown Takes The Crown - Again

And the Crown? Well folks, it’s a new track record! Rolex was awarded 804,896 of the coveted COSC certificates for its mechanical movements – the most ever awarded a single brand. That’s up from 798,935 in 2012. Those numbers represent an increase of only about ¾ of a percent, but the rise reinforces the brand’s trend. They’re up between 9% & 10% since 2008.

In fact, Rolex has led the way in COSC certifications most years since the 1960s, when Omega was giving them a healthy run for their money.

Swatch Group seems to be on a tear, with Mido and Tissot in forth and fifth place, at 72,948 and 62,830 movements certified, respectively. Mido is up seven-fold since 2008, while Tissot has multiplied their COSC rated movements by a factor of nearly 17 in the same period!

Breitling, who submits all their movements, both quartz and mechanical (the only brand to do so), must be hearing footsteps.

Thus, an effective marketing communication is indeed the key to the success of any business. cashmio

This is such a great resource that you are providing and you give it away for free. https://indahqq13.wixsite.com/nattyrottikun/mega888

Awesome Information sharing .. I am extremely cheerful to peruse this article .. much obliged for giving us experience info.Fantastic decent. I value this post. Tax Investigation Specialists

I as of late discovered numerous helpful data in your site particularly this web journal page. Among the bunches of remarks on your articles. A debt of gratitude is in order for sharing. Tax Investigation Self Assessment

i was simply perusing along and happened upon your web journal. simply needed to say great online journal and this article truly helped me. Tax Investigation Advisors

There is such a great amount in this article I would never have considered all alone. Your substance gives perusers things to consider in an intriguing way. Much thanks to you for your unmistakable data. Tax Investigation Accountants

I concede, I have not been on this website page in quite a while... in any case it was another delight to see It is such an essential point and overlooked by such a variety of, even experts. experts. I thank you to help making individuals more mindful of conceivable issues. Revenue Tax Investigation

this is truly decent to read..informative post is great to read..thanks a considerable measure! Tax Investigation Specialists

Pleasant to be going to your site once more, it has been months for me. Well this article i"ve been sat tight for so long. I require this article to finish my task in the school, and it has same theme with your article. Much appreciated, incredible offer. Tax Investigation Self Assessment

Among the brokers mentioned on the list, which one is the best?
https://smartelectricscooters.com/best-razor-electric-scooter-charger/

Much thanks for composing such an intriguing article on this theme. This has truly made me think and I want to peruse more. Tax Investigation Advisors

Fascinating and stunning how your post is! It Is Useful and accommodating for me That I like it all that much, and I am anticipating Hearing from your next.. Tax Investigation Accountants

Much obliged for setting aside an ideal opportunity to examine this, I feel firmly about it and love adapting more on this point. On the off chance that conceivable, as you pick up mastery, would you mind overhauling your website with more data? It is greatly useful for me. Tax Investigation Self Employed

Everything has a value, after reading this blog I realised value of anything is very precious. If anyone looking for best essay writing services then please USessayhelp blogspot for the best we provide to the best selector. 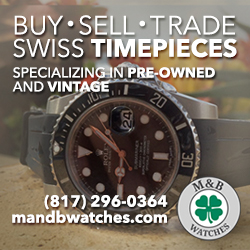 We encourage any member to write a blog post about anything watch related. Your blog will be shown in the section section and it could be featured on the front page!